Revu, a collaborative product review service from Opinity AP, recently re-launched. Before the relaunch, Revu was essentially a product review search engine with a Google-like simple front page. But now the service has added more features and seems to aim at becoming a “social shopping” site, with new features like Buzz Items.

Here’s how Revu typically works. You upload an “item” – ranging from Starbucks Latte to BMW X5 sport ute – on Revu. Then, other people find the item and the reviews associated with the item, or add their own reviews. One can also publish his/her “items list” under the name “one’s collection”. If you got a good shopping taste and good product review skills, people might become a follower of yours and subscribe to your collection.

Revu offers a unique feature called “Q tag”, or “qualitative tag”, on top of a basic tagging feature. Q tag allows people to rate tags with “thumbs up” or “thumbs down” by clicking on the + or – buttons given at the end of each tag. Tags are good but requires at least some typing effort, which is why (reportedly) less than 1% of people actually tag; To prevent the tags from being skewed, reflecting only a single person’s idea, Revu has designed a “tag rating” system. 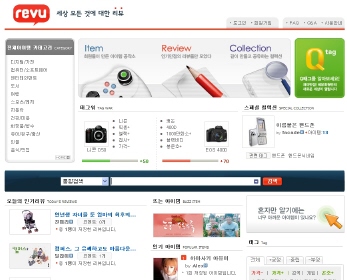 So who are the competitors of Revu? The answer depends on how the service defines itself. When Revu was solely focused on product review search, it was pretty much a service of its own, at least in Korea. But if the service wants to set its foot in a bigger game, namely social shopping, then Revu might find itself facing bigger competitions in companies like Auction.


Auction, an Ebay company in Korea, has always been interested in combining story-telling and online commerce. Their TV advertisement tagline is “Auction your style”. The underlying message there: As more and more buyers will find and get drawn to you because of your style, not an item or two you’re selling, why don’t you show your “style” on Auction, get more followers, and become an online star? 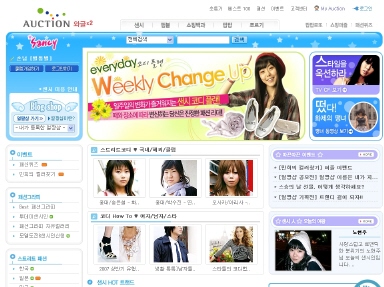 Under this philosophy, Auction has been churning out some interesting features such as “Auction Sancy“, squarely targeted at young female audience. Auction Sancy is like a female portal within Auction (think an Ebay Girls). On Auction Sancy, you get to meet the “style leaders”, or the street fashionistas posing in front of camera in nice outfits (which get to be sold on Auction, of course).


One interesting feature within Auction Sancy is what’s roughly translated as “the beauty queen shop”. The service lets young girls build a Cyworld-like minihompy within Auction. The girls show off their style through those minihompies; Other girls are drawn to the style and buy the item. So the “beauty queen shop” runners can make some nice money, as well as satisfying their desire to show off their style and beauty. It’s like running your own boutique line where both the designer and the fashion model are, well, you. 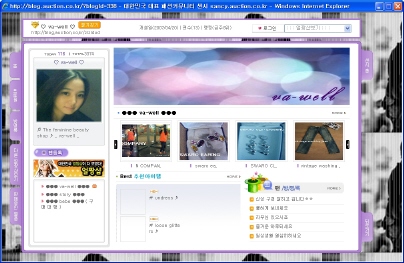 Other than Auction, there are also some other storytelling-based commerce services. Storyshop, for example, syndicates review content from print and online magazines and cross-sell products related to the article. For example, the service first presents interesting magazine articles such as “Wondering what bags to carry for your honeymoon?” and then places links to buy luggage bags at the bottom of the article. 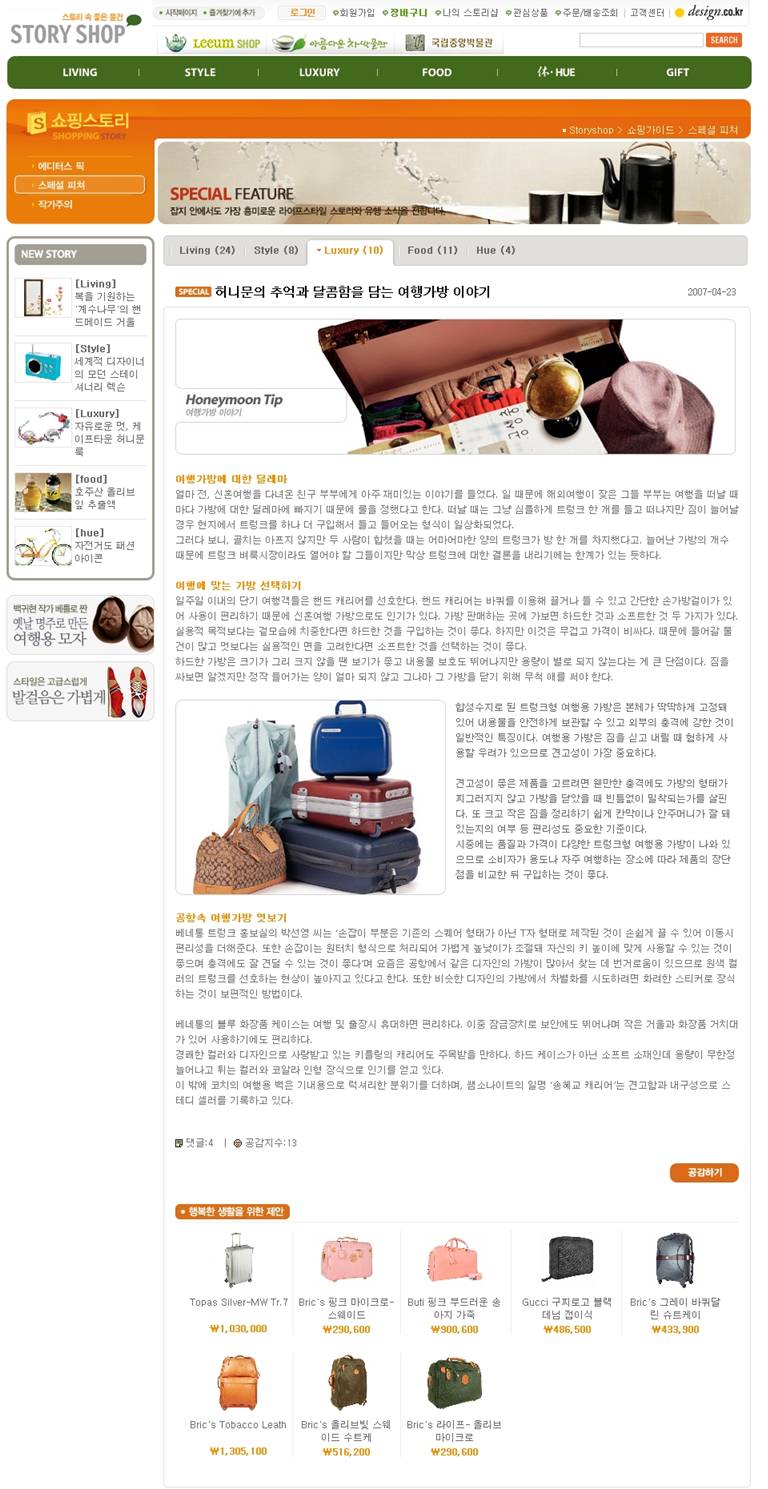 Meanwhile, Japan’s Magaseek is an online shopping mall where the products featured in many of girls’ fashion magazines are sold. A reader of fashion magazines often wants to buy the item featured on the magazine, right away. Magaseek allows you to do that. A similar feature is included in the Fashionwalker as well.

Encouraged by the fact that most people almost invariably ask other people – friends or “gurus” – when it comes to purchase-related decisions, the concept of social shopping has been regarded as the “holy grail” of Web 2.0 companies ranging from Kaboodle to ThisNext to Stylehive. But in Asia, we still don’t see a clear winner in the market, nor a company that has truly effectively harnessed the power of social shopping. Who will come out as a winner in this “holy grail” remains to be seen – it just might be Revu.